Chronic diseases affect over 100,000,000 individuals in the United States. That is almost half of the adults in the this country. Heart disease and cancer are the main chronic diseases which cause almost 50 percent of all deaths each year. Obesity and diabetes cause many of the painful and costly disabilities which are treated. 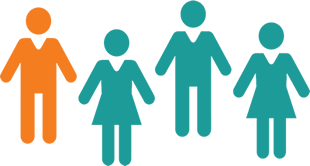 One our of four adults in the U.S. suffers from two or more chronic health problems. Of the top ten causes of death each year, seven are due to chronic diseases. While not all chronic disease are fatal, they can still lead to costly and painful disabilities.

Eighty-six percent of all healthcare costs in the year 2010 was for people with one or more chronic medical conditions. The total costs of heart disease and stroke in 2010 were estimated to be $315.4 billion. Of this amount, $193.4 billion was for direct medical costs, not including costs of nursing home care.

Cancer care cost $157 billion in 2010 dollars. The total estimated cost of diagnosed diabetes in 2012 was $245 billion, including $176 billion in direct medical costs and $69 billion in decreased productivity. Decreased productivity includes costs associated with people being absent from work, being less productive while at work, or not being able to work at all because of diabetes.

For the years 2009-2012, economic cost due to smoking is estimated to be more than $289 billion a year. This cost includes at least $133 billion in direct medical care for adults and more than $156 billion for lost productivity from premature death estimated from 2005 through 2009.11

The economic costs of drinking too much alcohol were estimated to be $223.5 billion, or $1.90 a drink, in 2006. Most of these costs were due to binge drinking and resulted from losses in workplace productivity, health care expenses, and crimes related to excessive drinking. Drinking too much alcohol is responsible for 88,000 deaths each year, more than half of which are due to binge drinking.12, 13 About 38 million US adults report binge drinking an average of 4 times a month, and have an average of 8 drinks per binge, yet most binge drinkers are not alcohol dependent. 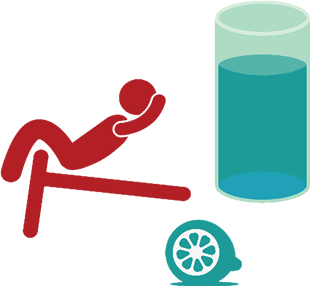 One-third of U.S. adults, 78 million, and one-fifth of children ages 2-19 meet the qualifications of obesity. Diabetes is the leading cause of liver failure and blindness in adults, and the second leading cause of lower-limb amputations.

The good news is that many of the chronic diseases can be prevented from occurring by switching to correct lifestyle choices.

Obesity, type 2 diabetes, high blood pressure, and heart disease are all perpetuated by poor exercise and dietary habits. Participating in regular exercise, eating properly, and following other health habits like refraining from smoking, limiting alcohol consumption, etc., can prevent many of these diseases from developing.

Getting individuals to adopt the lifestyle changes needed to prevent or treat chronic illness involves educating them about their choices, and providing motivation and support. Considering the majority of American adults spend 8+ hours of their day at work, workplace wellness initiatives are an effective way to provide both education on chronic illness management and the opportunity to make health lifestyle changes. 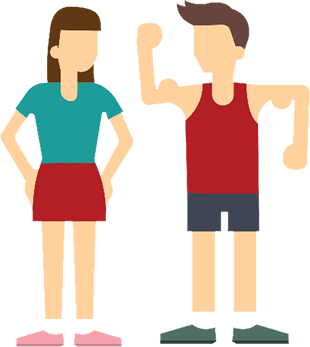 Summary: The good news is that many of the chronic diseases can be prevented from occurring by switching to correct lifestyle choices.

We Need Your Help

People to People Ministries is a self-supporting, non-profit ministry primarily focusing on helping hungry children and families. This is done through the Weekend Backpack Program and providing emergency food assistance to families in need.

You can join us in this effort to support these hunger relief efforts through your tax-deductible contribution. Please donate today. Thanks!